In this article, you'll know more about the company that made newsletters trendy again and why they're so popular.

This Substack review will show their strongest points, as well as their weaknesses.

This platform grew in popularity by offering an excellent way for writers to make a living without depending on gatekeepers.

Substack thrives by having simplicity at its core, but their revenue model is controversial.

Let's find when you should use them to run a newsletter.

Substack was founded in February 2017. But they already made a significant impact in the media landscape.

They are one of the main responsible for making newsletters cool and trendy again.

Also, they offer one more way around gatekeepers. This attracted high-profile writers and journalists to go independent on Substack.

Their value proposition is being the most accessible place to start a newsletter. And now, also a podcast.

They have a simple text editor, don't require maintenance, and have a revenue-sharing model.

This means people only need to focus on writing and deciding the price for their newsletter.

Plus, anyone can start a Substack.

Who is Substack for?

Substack works best for writers with an audience, people that don't want to manage any technical stuff, and beginners on a tight budget.

Who can start a Substack?

Anyone can start a Substack newsletter for free. You don't need an audience or to be famous.

The platform is entirely free to use, and you only have to pay Substack 10% of the subscriptions charged to your readers.

Plus, there's nothing to install or configure. You only need the willingness to write.

What is there to love

Let's start with the things they are good at.

First, starting a newsletter in Substack is super easy.

You create the profile. Decide the name of the publication, and you're already set to go.

It can't get much easier than this.

Also, they configure everything, including sending the newsletter to your subscribers. You'll also have a comments section on each post. This way, you can interact with readers.

This means there is no maintenance required whatsoever.

In terms of settings, you can change the publication colors and add a custom domain. But that's optional.

So, it's super easy to start and allows you to only focus on one thing: writing.

If you already have a mailing list, you can import it. This is good for writers that already have an audience and want to start using Substack to send their newsletter.

Another great thing is that you can export your mailing list. And it doesn't matter if it was built on Substack or not.

This means you're not locked in. And many writers find this useful because they later leave the platform and take their subscribers with them.

And yes, you can keep their subscription active while making this transition.

Subscribe to newsletter about tech for blogs and newsletters

What they don't tell you about Substack

This brings me to the things where Substack falls short at.

The first one is their search engine optimization.

At the time of recording this video, Substack isn't good for SEO.

The best data to show this was written by Deborah from The Content Technologist.

In her experiment, she used Substack to send the newsletter. Then she was reposting it on her website running Ghost CMS.

Surprisingly, or not, Ghost brought in more visitors than Substack. Even with fewer updates and duplicated content.

There are many technical reasons behind this.

I like to ask a question to think about this: how many times did you Google something and there was Substack in the first results?

For me, the answer is: never that I'm aware of.

I never noticed a Substack publication appear in the results unless I entered the word "Substack" in the search query.

I know that I don't represent everybody. So take this with a grain of salt if you like.

But, if you look around, almost everyone has the same opinion: Substack isn't good for SEO.

This is explained by the lack of features.

For example, search engines want you to disclose affiliate or sponsored links and mark them as nofollow.

But on Substack, all links in your post will be dofollow. Even sponsored content. And if search engines find this will hurt your SEO.

Next is the lack of customization to meta descriptions. You can add this to the lack of features I'm gonna talk about later.

And to finish, if you want to build authority, you'll better use a custom domain.

By default, newsletters on Substack are on a subdomain. For example, mycoolnewsletter.substack.com. This means you're using their domain.

So what you do need to build domain authority? Use your own domain.

This will future-proof you if you want to leave Substack. This way, you'll not be starting from scratch.

The annoying part is that Substack charges $50 to enable a custom domain.

But this is a smart move because even if they ban you, the domain is still yours. Plus, you keep all the authority and links.

But why am I talking about bans? That's the next topic.

You have to obey their rules

Substack can ban you at any time without warning.

And for the most part, their guidelines are nothing to complain about and make sense.

But what is there to complain about is that you're using their platform. You're not in control.

For example, they can ban people that are trying to sell something outside of Substack.

Yes, you bet they don't like losing those juicy 10% commissions.

For example, they did it to Codie Sanchez.

Her publication was marked as a potential violation when advertising her readers to buy something outside of Substack.

So be aware that you'll be stepping on quicksand and that your publication can be wiped out in the blink of an eye.

This thing alone is why I'll never use them as I'm not willing to put effort into building my website and don't have control over it.

Since we are at it, let's talk about the way they make money.

Substack takes a 10% commission from every payment on the platform.

And on top of that, Stripe also takes their commission. So, you'll only be seeing 87% of the membership before taxes.

It seems a fair commission, right? After all, they are taking care of the website and all the technical side.

But let me tell you the problem with this model.

If you make substantial money, you'll be better with another platform that does not tax your success.

Further, you'll be saving money in each of the following years.

This example is valid for WordPress, Webflow, or another platform with better features.

Paying that 10% doesn't make sense if you make good money on Substack.

Oh, and even when they pay money to big names, the are cases where writers lose lots of money.

For example, Matthew Yglesias said that taking an advance from Substack cost him around $400,000 in revenue.

These massive commissions don't make sense for what the platform offers.

And to illustrate this, major publications like Every.to or The Browser left Substack.

What is Substack PRO?

The next thing I'm going to approach is their Pro program.

Substack PRO is the program where they pay writers upfront money to write for one year on the platform.

In exchange, Substack takes 85% of their revenue during the first year.

This program makes Substack more than a publishing platform. It makes them a media company.

This doesn't mean they are making editorial decisions on what is written.

But they are making decisions on writers that are paid to move into their platform.

In return, they say this program takes the pressure to write and generate money.

This is risky for Substack by guarantying money to writers. But they only tend to make these deals with writers that already have a large audience or reputation.

The underlying problem is this brings controversy as some writers are accused of not respecting other's people rights.

In general, Substack wants to be neutral and is operating as a company: their goal is to make money.

But this also creates a conflict of interests.

For example, on their guidelines, harassment isn't allowed on the platform.

But, what will happen if one of their biggest money-makers is accused of this?

Will they pull the plug and lose money or turn a blind eye and keep allowing it?

This is the type of situation that shows how complicated this matter is.

Apparently, this program also offers legal support for its members.

Next are the payment options.

Substack only accepts payments via Stripe. And this is a limitation.

Stripe only operates in 46 countries. So, this means that only people from those 46 countries can run paid newsletters on Substack.

The lack of features also goes in tandem with the lack of countries supported.

The editor is super simple. This means it can be used with ease by everyone. But for power users, this can be a limitation.

Substack only allows you to custom the content. This means that you cannot change the visual aspect of your page or newsletter.

So, your newsletter will look like everybody else on Substack. And this makes it harder to build a recognizable brand as your layout options are minimal.

Also, there are no tags available. This could be used for creating small content hubs around specific topics. This helps for navigating the content but also can get an SEO boost.

Plus, there is no way for you to customize the robots.txt file or sitemap.

And what about the discoverability of Substack newsletters? It's an issue.

First, they promote newsletters that are already big on their homepage.

This makes sense because if the writer makes money, they also make money.

So, they push those who already make money instead of promoting new ones.

This means you can't expect too much help from them when starting out.

Also, their SEO isn't great, so that's another handicap for people to discover the newsletter.

Then, you can expect to use social channels and word of mouth as the growth vehicles.

The best alternative to Substack is Ghost, the 2nd best is ConvertKit. Revue, Patreon, and Medium are also viable alternatives.

In addition, Revue is great for integrating with Twitter since it was bought by them.

Patreon is solid for memberships.

Medium ease of use is similar to Substack but is better for a blog than a newsletter.

📌
See this review about Ghost to learn more.

There are other competent alternatives to Substack in the form of email service providers. The main ones are:

Even though this review talked more about the negative aspects of Substack, it doesn't mean I hate them.

I'm showing the benefits and risks of using them.

So, in good conscience, I cannot tell someone Substack is good to run their newsletter without pointing these things.

Don't get me wrong. Substack can be a good solution if you're starting to write online. Especially if you have a tight budget.

Suppose you don't want to do any technical configuration: you can either use Substack or a better platform.

In the end, it's up to personal preference. But now you know what you get with Substack.

Overall, for me to recommend Substack to everyone, the following needs to happen:

Only under these circumstances, Substack will be a competitive option to Ghost and other top platforms.

If you liked this article consider subscribing

beehiiv review: it's good... but not for every creator! 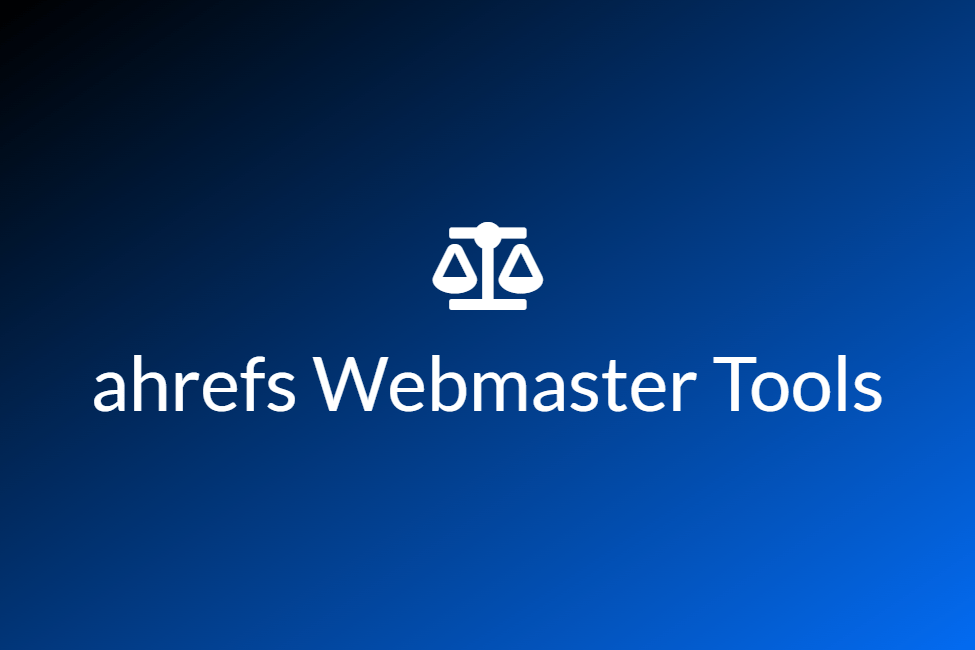 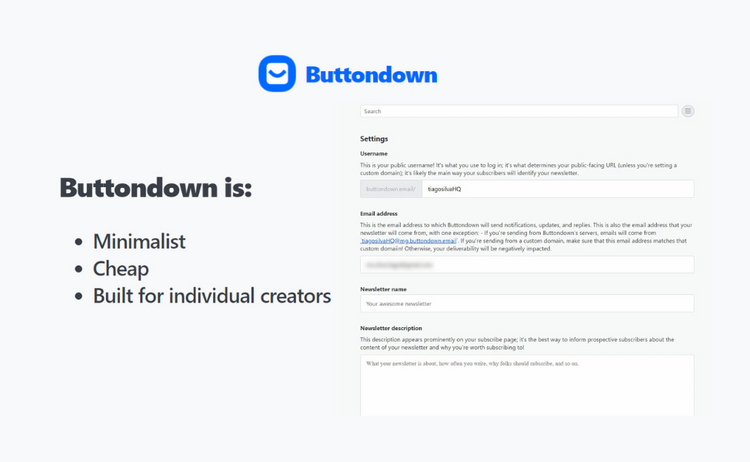 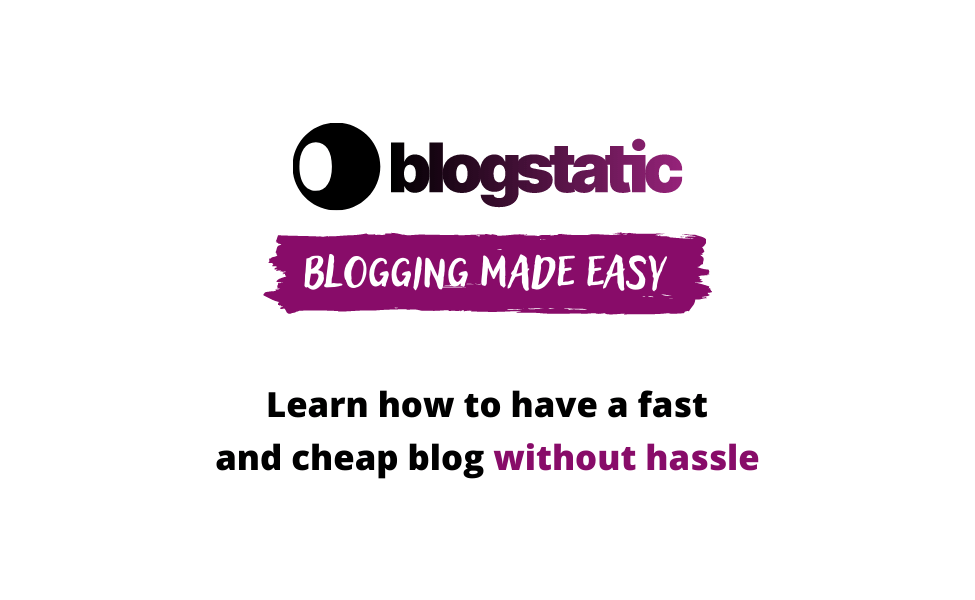